Opened in 1847, the Church of the Holy Trinity has grown over the years from a place of worship firmly nestled in the downtown core to a place also of cultural appreciation.  Perhaps sensing how music unites us, the Church welcomed a showcase of Australian artists on day 3 of the music festival.  Enthusiastic fans packed the pews and listened as a treasure trove of sounds from across the world echoed off the iconic walls.  OTM slid in for a taste of one particular group…

How fitting, I found myself thinking in the front pew.  Angelic voices like these are made to fill spaces like this.

Australian duo The Falls, comprised of former couple Melinda Kirwin and Simon Rudston-Brown, took the stage and immediately enthralled audiences with their earnest duets on love and heartache.  The history of The Falls and the songs on their stunning debut EP Hollywood (so named for the iconic hotel where one chapter ended and another began unexpectedly) is a remarkable one, but it’s merely trivia once the music begins.  The songs speak for themselves, each verse gently reaching out in tendril-like fashion to embrace the hearts of those bearing witness.  Like great folk singers of past decades, the vulnerability of their music resonates within.  It’s art born of sincerity, of raw nerves exposed and sometimes salted at one’s own hand.

This isn’t to suggest that their music is a downer; on the contrary, it feels like a knowing friend, one who can put into words all of that we long to say, but perhaps shy away from out of fear or speechless hurt.  “Home”, for example, wisely captures that desire each of us has felt to flee life, to drive off and desert our problems, all the while denying the truth:  that our problems, like luggage, cannot be left behind.  It is a comfort, like good wine by candelight.

Music has long been understood as healing; The Falls have simply taken this knowledge to the next level.  And it is breathtaking to behold.

If you missed it, check out our recent interview with The Falls  and remember, the deadline to win our massive prize pack (including their EP Hollywood) is March 25th at midnight!  Enter our CMW Giveaway fast!  Details here. 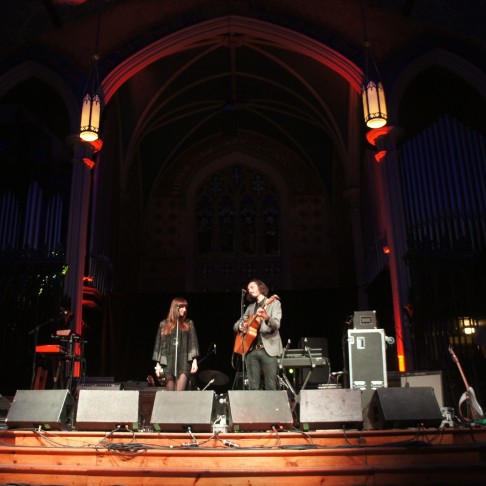 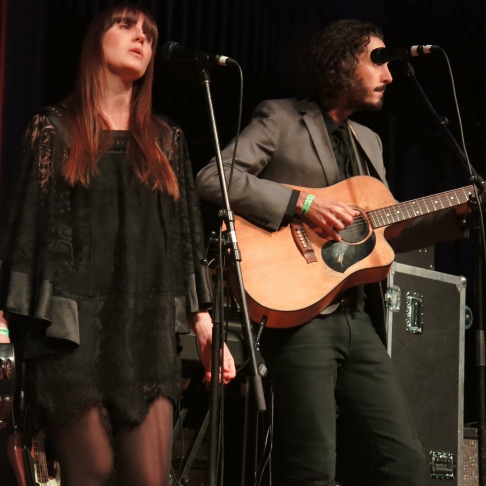 Much more to come in our Farewell to CMW 2013, coming next week!